My cart Cart is empty
Cart is empty
View cart
Share on Facebook      Why Choose Us?
Home/Military Dedication Plaques 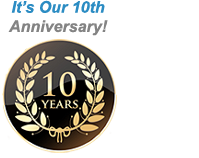 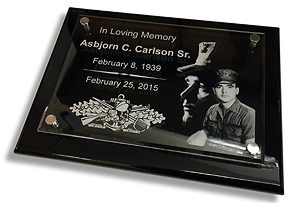 Considering designing a plaque for a war or service veteran? Read about the history of Military Dedication Plaques, and how you can make the right design choice for your veteran.

As far back as the great, ancient generals of Alexander the Great and Julius Caesar, military dedication plaques have adorned many battlefields, parks, memorials, buildings, and cities. Whether for honoring a great victory or the fallen soldiers, there is a long history of military dedication plaques -- a rich, time-honored tradition that now, through modern laser engraving technology, you or your veteran friend or family member can share in.

From antiquity until the 20th century, the vast majority of war memorials and military dedication plaques and statues were only to honor victories. Popular examples, such as the Arc de Triomphe in Paris or Nelson's Column in London, are about honoring victories and not casualties. However, the trend from honoring victories to the fallen began to change between the 17th and 18th centuries.

The British Empire's conquests in India led to small memorials being erected of fallen officers in the early 1800s, while in the U.S., statues on Civil War battlefields often depict commanders and generals on horseback. If the horseback was depicted in a full prancing pose, it indicated that the commander or general was killed in the battle.

It was not until World War I that Military dedication Plaques became what we think of them as today. For that war, all veterans killed were issued an official plaque for their family to keep.

In today's modern times, a military dedication plaque need not be reserved for fallen war heroes. Now, the application of war plaques are used to commemorate a wide range of different topics:

At Laser Engraved Memories, we take the process of crafting military dedication plaques seriously, understanding that there is a great deal of pride, honor, passion, and sometimes grief bound up in the creation of these plaques. For all of our plaques, we choose only the finest construction materials, such as granite, marble, bronze, or alder wood.

Our laser engraving technologies are among the most cutting-edge in the industry today, and we are able to craft precision plaques that include not only text, but photos and images as well.

If you're ready to start designing your own military dedication plaque, be sure to check out our Dedication Plaques page today.